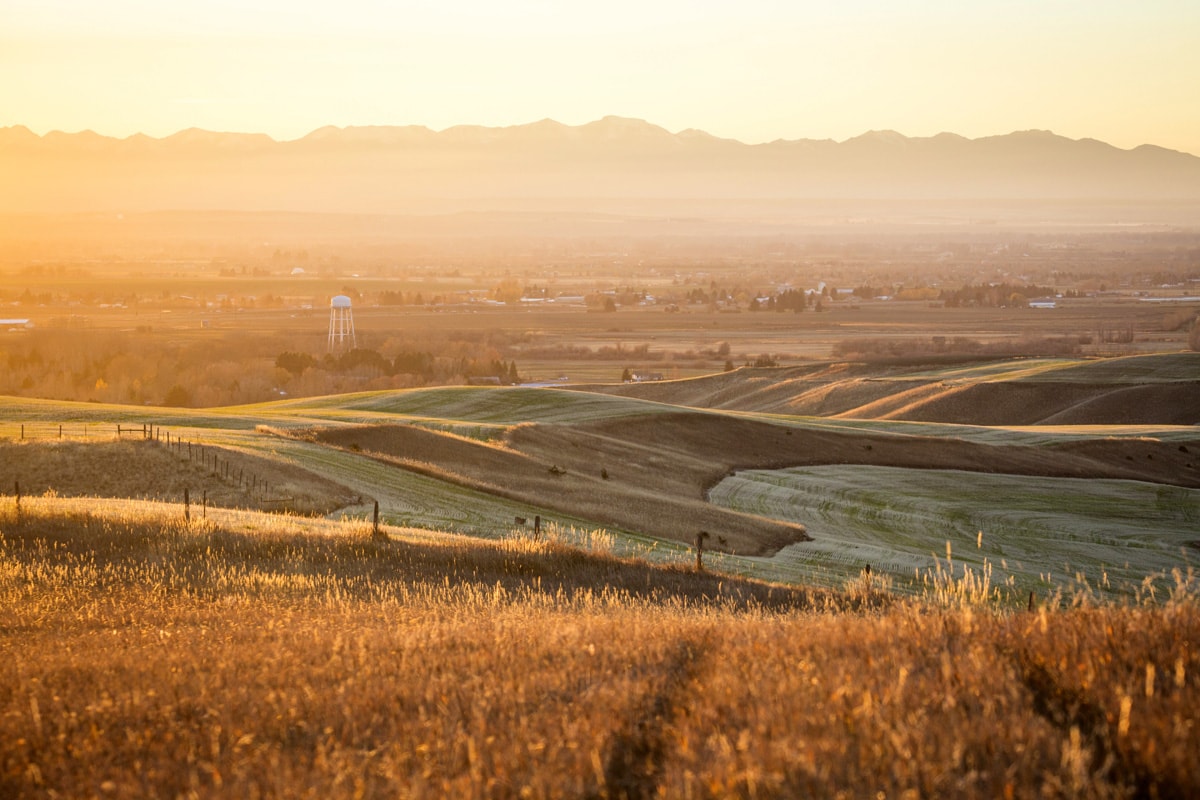 BOZEMAN PAST: “12,000 Friendly Folks and a Couple of Old Soreheads”

BOZEMAN PAST: “12,000 Friendly Folks and a Couple of Old Soreheads”

An Interview with Russell Westlake, Owner of Bridger Shadows Farm
As seen in Land Investor Vol. 3

TELL US ABOUT YOUR FAMILY’S HISTORY IN THE BOZEMAN AREA.
My family first came to Bozeman from Iowa on a train in the late 1800s, my great-granddad bringing his wife and five kids with him. They had a dairy farm on Peach Street, bottling the milk and delivering it door-to-door. You can still find some of the old Westlake Dairy bottles floating around the country. He was also one of the first investors in the Baxter Hotel in Downtown Bozeman which was renovated not long ago. My dad grew up on the farm and decided to stay in agriculture, as did two of his three brothers. My parents bought the house where I was raised in 1945 and started farming at that time. Before they purchased it, half of the property was homesteaded and the other half was owned by the railroad. Over time, they bought neighbors’ places, and at the peak of their ownership, my parents had about 1,800 acres of land. My father also worked extensively with Montana State University developing new grain varieties for seed stock.

WHAT WAS YOUR LIFE LIKE GROWING UP IN BOZEMAN?
I was born and raised in this place, so I’m a true native Montanan. I’ve been here all my life except for six-months on active duty. My grandkids asked me what sports I played growing up, and I told them I didn’t, I worked. They can’t really understand that. I graduated high school in 1966 and did my active duty in the National Guard and then came back and met my wife in 1967—she had just graduated from high school and I’d been out a year. I had completed a couple quarters at Montana State University, studying agricultural production and animal science. We were married a year after we met and moved up on Summer Cutoff Road and had to gravel the road so we could get to our house since we were the only ones up there at the time.

WHAT ARE THE MOST SIGNIFICANT CHANGES YOU’VE SEEN IN BOZEMAN IN YOUR LIFETIME?
I can remember when there was only one light higher on the hill above our property and now there’s a maze of houses up there. I knew all the neighbors and recognized all the cars that went by. That has changed; the city has grown and the lights in Bozeman all run together now. Back in the day, the sign on East Main Street said, “12,000 Friendly Folks and a couple of Old Soreheads.” There was a drive-in movie theater, which is gone now. On the farm, the earthquake of 1959 activated multiple springs on our property and we suddenly had water running where we never had water running before. There is a lot less runoff in the springtime than there used to be, probably due to less snowpack and better farming practices. Growing up, we would have water running over the roads in the spring. I still love this place—we spend our winters in Arizona now but I could still live in Bozeman full-time.

WHAT ARE SOME OF YOUR FAVORITE MEMORIES ON BRIDGER SHADOWS FARM?
I liked horses and used to ride every night on the property growing up. I liked the cattle, liked the livestock. We have also enjoyed great hunting on the property over the last 30 years. We see deer, elk, antelope, Hungarian partridge, pheasants, moose and an occasional bear roaming. I saw two elk a few days ago, both cows, and one wasn’t fifty feet from me frozen like a whitetail deer—I’m guessing she had a calf in there. There’s a lot of game out there and just tremendous wildlife viewing and scenery. Most people driving by on the main road don’t have any idea what’s up there on the ranch. Written by Jerry Hicks, Ranch Broker  and Scott Hawes, Principal Broker, Oregon Industry experts anticipate improved cattle prices for 2020.  It is believed that the US beef cattle herd expansion that began five years ago has run its course and is entering into a liquidation phase.  While it is anticipated that 2020 will see record […] An upland sporting lifestyle magazine like none you’ve ever experienced. At Fay Ranches, we are committed to the outdoors. It is our passion—whether we are horseback riding, fly fishing, bird hunting, or just outside with friends and family. We share these passions with Covey Rise magazine, and we would like to offer you this experience, […]