The Runaway Greenhouse Effect occurs when the planet produces more atmospheric carbon than it can absorb by either natural means or through manmade technology. Scientists, government agencies, corporations, and private citizens worldwide are working on solutions to prevent what is perceived by many as inevitable if manmade Green House Gas Emissions (GHGs) are not dramatically reduced. Earth’s ability to combat the effects of global warming for a certain period is mainly due to a large amount of surface water. The water serves as a massive sun reflector, helping keep the planet cool by reflecting solar radiation. As GHGs increase in the atmosphere, Earth does not cool as quickly, and increased warming is the net effect. Scientists at NASA believe Venus, Mars, and Earth all had water billions of years ago but think Venus likely had a global runaway GHG event. Climate change has been occurring on Earth for billions of years. The vast majority of climate scientists believe that human-caused GHGs are contributing to atmospheric carbon levels. The degree, the impact, and the timeline are hotly debated.

Carbon sequestration is the process of sequestering or capturing/containing GHGs with technology or naturally. Technologies exist to artificially store carbon in aquifers, reservoirs, and even the ocean. Additional technologies are evolving with vitrification, biochar, and atmospheric scrubbing. There’s even an electrostatic plasma Carbon Capture Device (CCD) designed to run on surplus or waste energy coming from solar. The CCD is designed to convert captured atmospheric carbon into useful carbon products like graphite carbon. In some cases, these technologies can be expensive, create new environmental concerns, and produce modest if any ROI.

As is often the case, mother nature has some excellent tools in her toolbox. A Douglas Fir is one of the most efficient natural carbon/oxygen exchange biomass systems known. The pacific northwest, well-known for the ubiquitous Douglas Fir, is widely regarded as the epicenter of one of the healthiest ecosystems on the planet.

Ten acres of managed forestland can offset the annual carbon footprint of the average household.

Stored carbon is measured in roots, needles, and the trunk of a tree.

All live vegetative biomass—like grasses, shrubs, brush, and trees—exchange carbon for oxygen in varying degrees of volume and efficiency. Decades of aggressive harvesting of trees for building materials, fuel, and expansion of farmland have resulted in mass deforestation of millions of acres annually. Combined with naturally occurring events like wildfires, the lungs of our planet produce less oxygen and sequester less atmospheric carbon. Advocates of logging argue they are planting five for every tree harvested.  The distinction is trees 12 inches tall with a diameter of 10mm will sequester a tiny fraction of the carbon of the tree it replaced. It could take 20 years before that seedling contributes to the carbon-oxygen volume at the level its predecessor did. The answer is not to cease cutting because as trees age and begin the regeneration cycle, they exchange C02 and O2 less efficiently, trees towards the end of their life cycle and heavily decaying often emit C02.

Recent record-breaking temps confirm we are currently in a warming trend. The impact of these extreme heat events will be seen and felt in the flora in the coming years. Widespread mortality of newly planted conifer and some deciduous trees in the Pacific Northwest should be anticipated as the heat essentially burned the vegetation at the needle or leaf. Ecosystems around the globe, like humans, will have to adapt as temperatures rise.

The economic argument for Stored Forest Carbon is still emerging, with many high-volume carbon emitters proactively entering into forest carbon sequestration agreements with landowners or acquiring suitable lands fee simple and managing for carbon sequestration. Stored Forest Carbon is not yet a viable market, and it is the wild west concerning buyers and sellers. Stored Forest Carbon will ultimately have to compete with biomass tonnage, i.e., hog fuel and wood chips on a per ton basis to be viable. Hog fuel and chips trade from one extreme to another, anywhere from $25 to $90/ton. Lands that are productive for growing conifers like Hemlock and Douglas Fir may not ever be suitable long-term carbon sinks unless the market shifts from voluntary to a regulated and mandated offset.

Perhaps a simple solution will emerge when investors turn to the modestly productive lands where conifers will grow but at a slower rate than rotation ages of 35 – 40 yrs old on high site ground. Quality trees will still grow, but when the rotation age pushes out to 60 years, the DCF model looks more favorable as a carbon sink.  In either event carbon sequestration/offsets are likely on the horizon in the form of regulated mandates and emerging markets.

What You Can Do

West of the Cascades from Northern California well into British Columbia, Douglas Fir and its close cousin the Hemlock grow in dense multi-stem stands. With suitable ground, planting these trees with 10-12 foot spacing will allow them to grow with low-intensity forest management from years one to 10. For extensive landscape reforestation, commercial tree planters are available. Competing vegetation should be managed to allow the trees to get above the underbrush and grass quickly. Seedlings that survive the first few years enjoy high survival rates. Seedlings that don’t survive can be replanted the following planting season to keep the stand well-stocked. Landowners in arid climates should consider Ponderosa pine as an alternative. 10 acres of 20 year old Douglas Fir will offset the carbon emissions of a typical family of 4 many years into the future.

Investing in land that can grow a forest over time and be used for recreational purposes is a win-win. Owning a forest can serve dual investment objectives by being an excellent long-term investment while storing carbon and improving the planet is an opportunity to invest and enjoy. 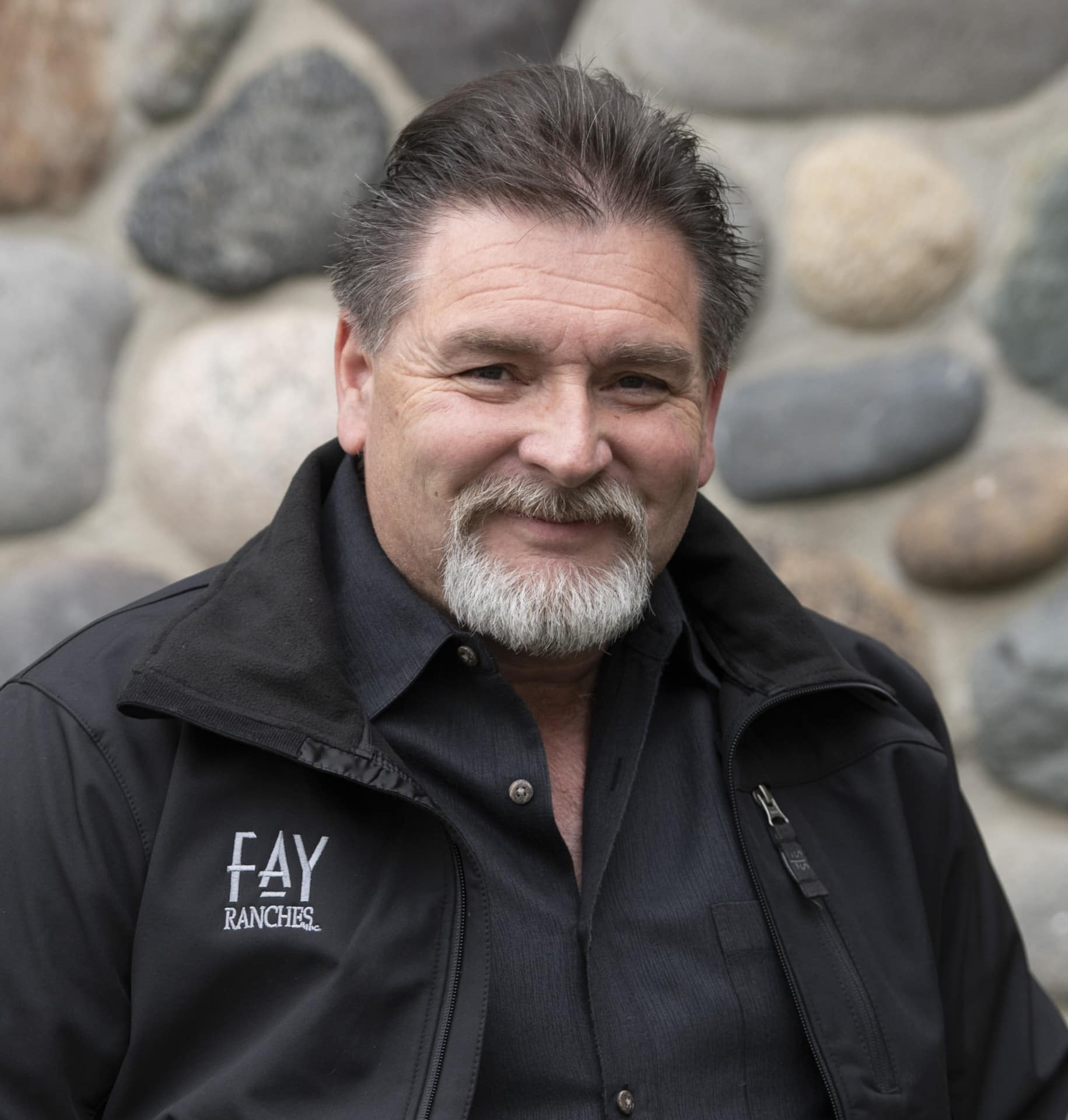 Troy has enjoyed thirty years of selling land in Washington State and the Pacific Northwest. He is the former President/CEO of Hodges Gilliam & Dana and now leads Washington and Alaska for Fay Ranches. Troy is also a Board Member of the Fay Ranches Community Foundation. Prior to embarking on his real estate career, Troy was a USCG Licensed captain of tug boats operating on the Yukon River and coastal Alaska from the Arctic Ocean to Prince William Sound.