Enjoy this rare find of over 726.95± acres with well over a mile of Okanogan River frontage in Washington State. This property includes 54 separate parcels including a number with river frontage. Enjoy the incredible views of McLoughlin Falls from the shoreline. Build on this hard-to-find property or enjoy it as a private recreational retreat for years to come. This property is rich in history. For at least several hundred years prior to contact with Europeans, the indigenous peoples of The Okanogan consisted of three major bands of a group called the Northern Okanogans or Sinkaietk, the Tokoratums, the Kartars, and the Konkonelps. There are Indian petroglyphs on the rock walls and earthen house pits that can be found along the riverbank, which were used by these indigenous people. The McLoughlin Canyon Trail running through the property is a part of the Brigade Trail used by the Hudson’s Bay Company in the early 1800s and became known as the Caribou Trail during the Gold Rush in the 1850s.

In the 1850s, these trails diverged from the Okanogan River as the shoreline was impassable and climbed into the confined canyon. This became the perfect ambush site. On July 29, 1858, Native Americans from the Chelan, Okanogan, and Columbia tribes ambushed a group of approximately 160 prospectors in McLoughlin Canyon. Six of the travelers were killed, about nine others were wounded, and several Indians may have been killed. The miners withdrew, crossed the river, and continued their sniping and stock theft journey, but no one else was killed. This property was also home to a stagecoach stop where the original log structure still stands. 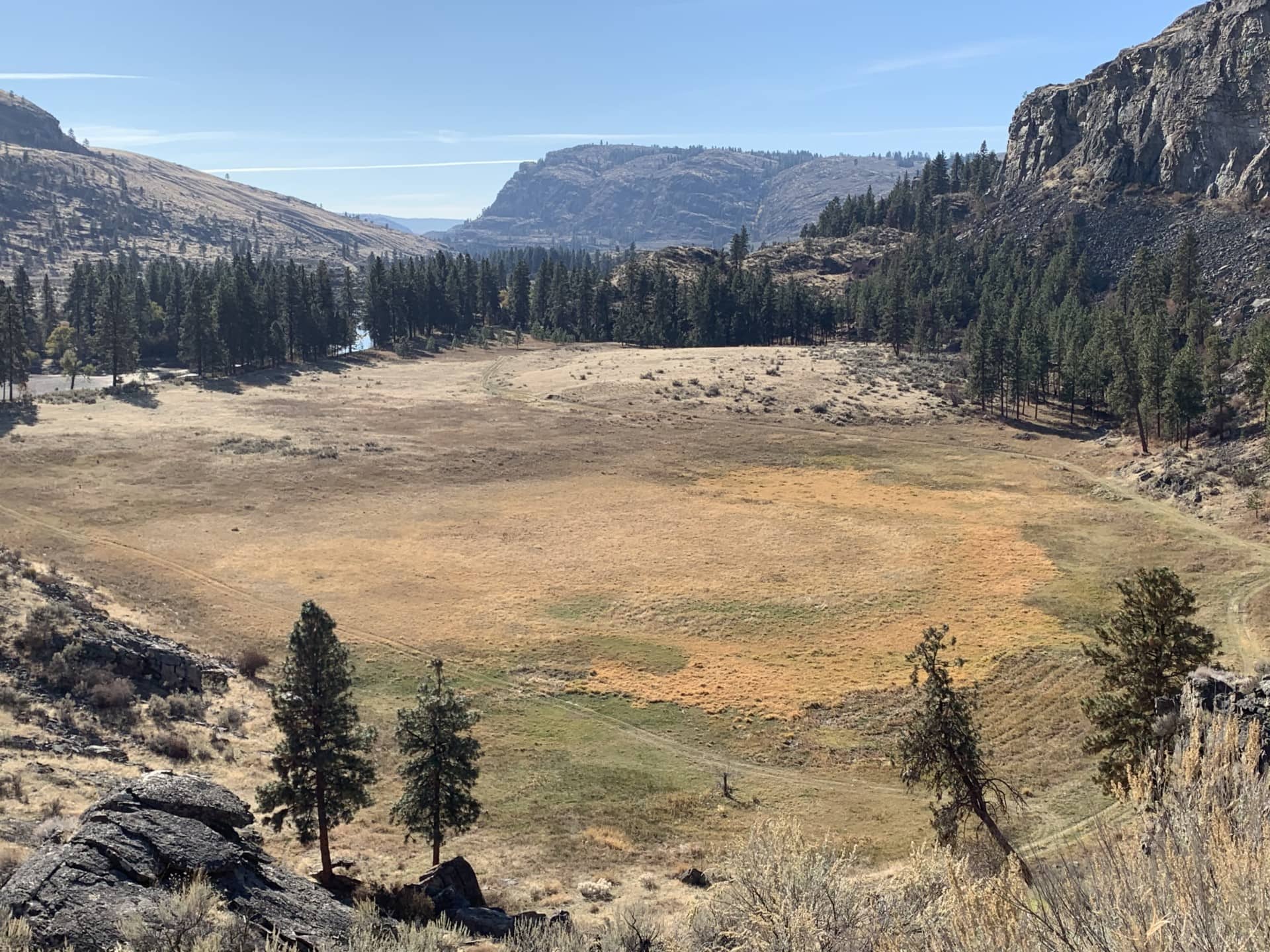 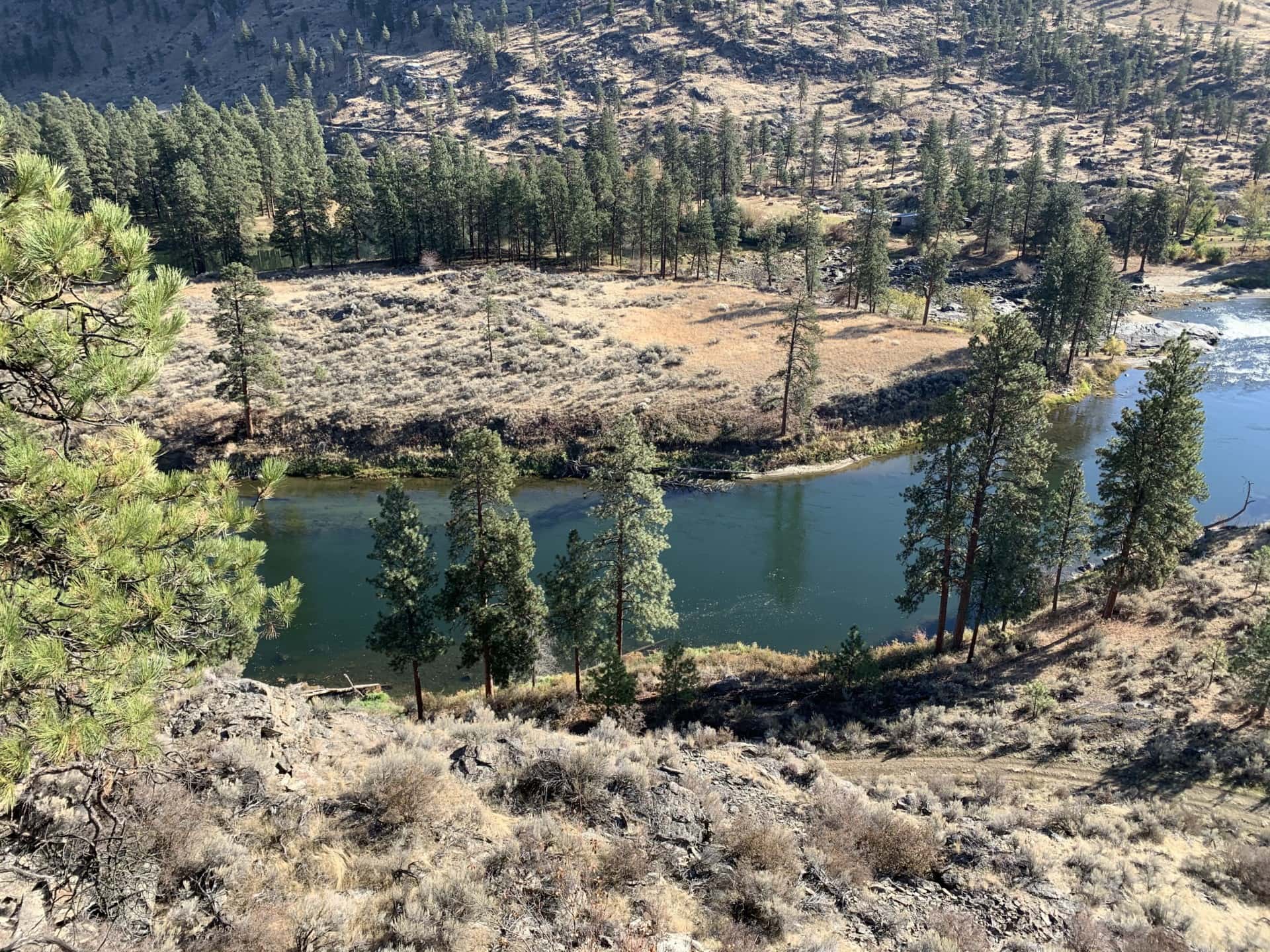 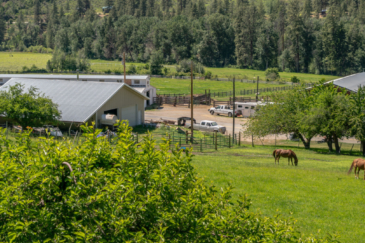 Located just north of Winthrop, Washington, the Chewack River Ranch offers the opportunity to run your cattle ranch, farm your acreage, and produce income off the many amenities this ranch has to offer. About 15 miles up the road is the world-renowned Pasayten Wilderness, known for its beautiful mountain peaks, wild rivers, rugged wilderness, and extensive hiking and horseback riding trails. There is so much beauty wrapped into one property that you won’t want to miss out on this ranch. This Washington farm offers enormous potential for those looking to bring ingenuity and hard work to this multi-faceted farm. With potential income-generating opportunities for the savvy entrepreneur and being so close to amenities yet far enough from major metropolitan areas, this homestead offers the perfect medium for self-sustainable country living. Off-the-grid living has never been so easy to obtain, as this robust property is only a few solar panels from being entirely self-sufficient. 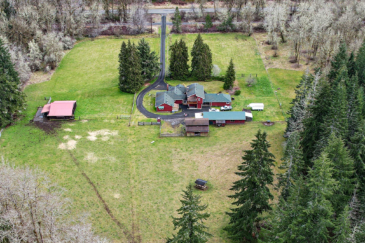 This unique Washington property offers privacy and open spaces ideal for those desiring a self-sufficient lifestyle. Garden, raise cattle, and hunt wild game such as deer and elk on the property during hunting season. Go to the river and fish for steelhead, coho salmon, and trout, or just enjoy watching the beaver and river otter frolic. Ride ATVs and camp under the stars on warm summer nights. This property offers the opportunity to get away from it all while still being close to necessary amenities. The Little Klickitat River runs through the width of this Washington ranch. From almost any point on the property there are beautiful views: of the river, Mount Adams, Simcoe Hills, or the beautiful features this property includes. With 4 separate lots, 40± of these acres are currently used for a hay operation; the remaining acres are recreational. The custom-designed lodge includes many features: patios, high ceilings, a custom rock fireplace, workout and hobby rooms, and a heated garage.