Born and raised in the once sleepy ski town of Whitefish, Montana, Vinny was immersed in Montana’s great outdoors from an early age, helping him to develop a great appreciation for wildlife and the land that supports it. From fly fishing for rainbows near Glacier Park to stalking white-tailed deer in the Sweet Grass Hills to chasing pheasants in the flatlands of Eastern Montana and sweet-talking elk with his bow in hand, he has traipsed around Montana since he was 7.

Vinny has called Bozeman, Montana home since 2000. Shortly after graduating from Montana State University with a degree in Business Management, Vinny took on the task of building an existing hunting and fishing business into one of the premier outfitters in the state. 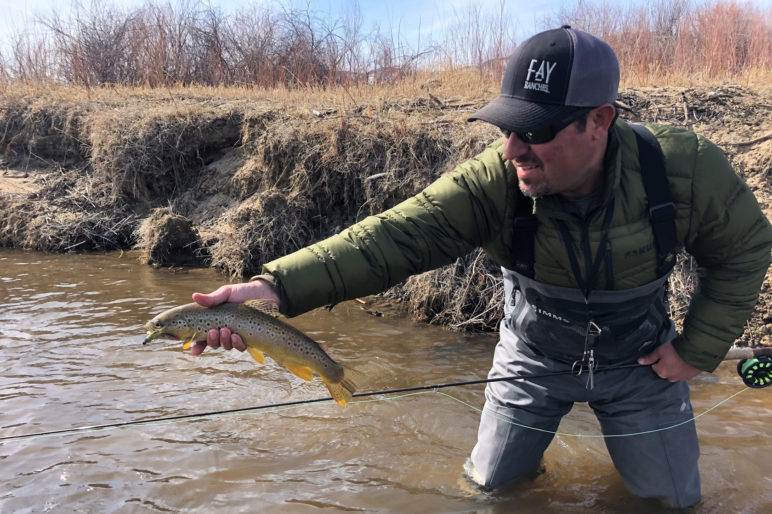 While building Montana Hunt and Fish Company, Vinny was able to work on some of the highest-profile ranches in the area, expanding his knowledge of ranches and learning to identify what makes a property exceptional. From habitat and wildlife management to farming and ranching, Vinny gained invaluable on-the-ground experience during the decade of owning his company.

In 2012, Vinny joined Fay Ranches and has applied his knowledge and business acumen to the ranch brokerage world with immediate success. Conservation and conservation-minded landowners are what attracted Vinny to the Fay Ranches brand, and he works hard to contribute to preserving the west and assisting in making a landscape become as productive as it can be, both from an agricultural and wildlife standpoint.

Since his start with Fay Ranches, Vinny has represented buyers and sellers while they navigate through an array of transactions ranging from a few hundred thousand dollars to large scale, complicated and highly prolific 8 figure deals. He takes great pride and enjoyment working with buyers, sellers, attorneys, accountants, and ranch managers through the course of pre and post closings.

When Vinny isn’t on a ranch or looking at a property with clients, he can be found in the field with his English Setters whenever time allows. Aside from upland bird hunting he also enjoys, fly fishing, big game hunting and skiing. The Ranch at Dry Creek

Tucked away in the northern Gallatin Valley and close to Bozeman, this property provides a very peaceful setting with multiple homesites to choose from and 360-degree views in all directions. Boasting .4± miles of both sides of Dry Creek on the property, as well as productive range land and tremendous hunting for mule deer, antelope and elk as well as upland birds, this is a rare find.

With magnificent view sheds protected by surrounding BLM and State land and world-renowned fishing on one of the finest stretches of the Madison River, Bear Trap Canyon Ranch is a desirable location for a retreat or residence.

The Castle Mountain Homestead is a rare offering in this remarkably beautiful and genuinely Montana setting. The 600± acres lie within the Lewis and Clark National Forest on the northeastern slopes of the Castle Mountains. The ranch offers hunting for elk, deer, black bear and mountain grouse. This is a beautiful and functional recreational ranch with access to thousands of acres of National Forest. There is a large custom home and a guest home, as well as a 4± acre pond and .3± miles of Little Beaver Creek for the avid angler to enjoy casting fly’s to hungry trout. This property is ideally situated in the middle of recreationally abundant northwest Montana where the year-round recreational amenities are endless.

Approximately 10 miles to the fly fishing mecca that is Ennis, Montana and only a 3± mile drive to historic Virginia City, this property borders BLM and State land, providing the owner with thousands of acres of deeded and public land to recreate on. This ranch provides a beautiful, tranquil mountain setting with views of wildlife and surrounding mountain ranges.

This ranch has an amazing .7± miles of frontage on the Missouri River, providing excellent habitat for waterfowl, white-tailed deer, moose, eagles and so much more. The property boasts a 5,966± SF home with expansive views of the surrounding timbered hillsides, dramatic cliffs, fertile valley and trout rich waters of the “Mighty Mo.” 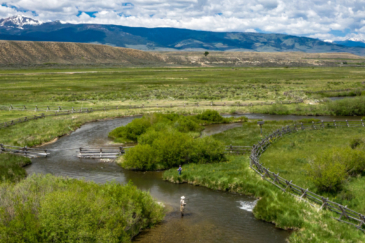 Comprised of 9,303± deeded acres and 65,919± leased acres, totaling 75,222± acres, the ranch is expansive, featuring 10.5± miles of the Lemhi River, a private, wild trout fishery, plus countless miles of spring creeks and mountain streams. This property sits along the banks of the Yellowstone River, boasting 1,500± feet of river frontage. Other water features include .78± miles of Arrow Creek, as well as two large ponds. The 110± productive acres boast a spectacular 7,154± SF home, a large outdoor kitchen/patio, a 2-car garage and 3-car garage, and room for a barn or shop. From the moment you drive through the gate, you will be awestruck by all this property has to offer.

This is a spectacular property tucked into the Smith River Valley along one of the most scenic stretches of the Smith River. The 10± acres sits on a bluff overlooking the water with tremendous views and two river access sites if you walk just a few minutes up and downstream. Smith River Bend is a rare opportunity to own a piece of one of the most famed rivers in the west.

This property encompasses 135± deeded acres of extremely productive dryland grazing. The rolling pastures hold an abundance of mule deer, antelope, sharp-tailed grouse, and Hungarian partridge. This modern yet rustic guest house/shop combination is a welcoming blend of classic styling that meets the needs of a family. This is a beautiful example of a classic Montana retreat that offers endless build sites throughout the property with views in all directions. This versatile ranch offers a fantastic getaway for those who truly enjoy seclusion, privacy and the great outdoors. Whether you are in the market for grass, an avid hunter or just appreciate seeing wildlife in their natural habitat, this ranch is a beautiful mix of deep canyons, badlands and prairie wilderness with unlimited potential.

Rocky Mountain Runoff, What You Should Know

Provided by the team at Yellow Dog Flyfishing Adventures As springtime arrives in the Western United States, trout come to life in search of food. Some of the season’s best fishing conditions can be in late spring and early summer, but with high water and runoff, anglers are faced with a unique set of challenges. […]

Transitioning from Ranch Broker to Ranch Buyer: What I Learned When I Bought My First Ranch

By Vinny Delgado, Fay Ranches North-central Montana has always held a special place in my heart. This seemingly endless part of the state fascinated me as a child, and I still have the same reaction to it today. Don’t get me wrong, I enjoy hunting and fishing opportunities all across this great state, but my biggest rush […] By James Esperti, Branif Scott, and Vinny Delgado, Fay Ranches  As much as you can love hunting, there is nothing quite like hunting with your kids.  The excitement that oozes out of their every pore reminds you of some of your first hunts, a time when it just meant a little bit more to you. Whether following the […] 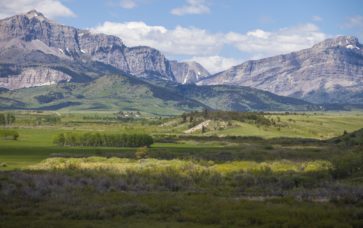 Rockin 99 Ranch: A Bird Hunt for the Books

a Video Blog by Vinny Delgado, Sales Associate at Fay Ranches Spring 2020 update:  Rockin 99 Ranch boasts an extremely productive agricultural operation and as an avid outdoorsman, the more time I spend on Rockin 99 Ranch, the more I am impressed by its sporting attributes and all the room on the ranch to roam. […] a Video Blog by Vinny Delgado, Sales Associate at Fay Ranches I was sitting in the office on Thursday afternoon looking out the window more than I was looking at my computer screen.  My mind drifting to thoughts about my plans for the weekend; should I chase some roosters, cast a line, maybe go elk […]